Dawn Meredith's THE ANYTHING SHOP characters

Hi everyone!Here are some of the characters from my latest book, The Anything Shop. 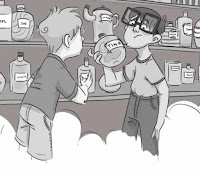 Charlie (left) and Sam (right) are the main characters of this story. Charlie loves cricket. Sam has a spy kit. Here they are holding jars of pink fog, which turn out to be the 'Intangibles' belonging to all the children who have been tricked. 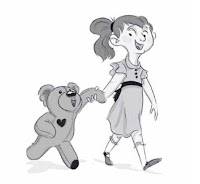 Charlie's big sister Debbie is always busy studying but she bought her little brother a toy robot as a present.


This little girl has a talking teddy bear she got from the Anything Shop. 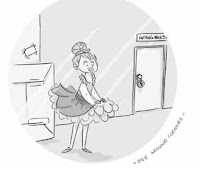 This little girl wants to be a ballerina and is trying on an outfit in The Anything Shop.

This is Meryl. She wears five pairs of glasses, on her head, on her nose and around her neck. She wears a pink fluffy jumper, jeans and high heeled shoes. And she's a bit bossy! 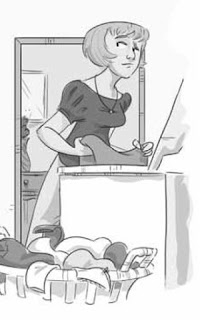 This is Charlie's mum. She doesn't know it, but The Anything Shop has put a kind of spell on her (and Charlie's dad). She no longer give Charlies hugs, because he swapped them for something....

This is the toy robot Charlie received from his sister Debbie

This is Charlie's friend Sam. He has an amazing spy kit, including a 'see-around-corners' scope. 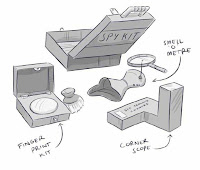 This is Alfred. He runs 'The Anything Shop'. He wears a tartan waistcoat and trousers and carries a megaphone.His job is to get children to come into the shop so he can trick them. He seems very friendly, but he's actually not very nice at all..... read the book and find out why! 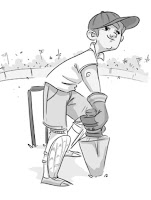 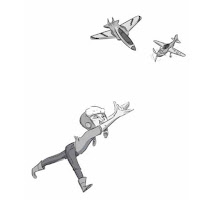 This is Charlie. He loves cricket and carries his bat and gloves with him everywhere. he really wants to be on the school team!


This little boy has model fighter planes that actually fly! 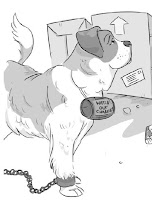 This is a Saint Bernard dog. There are warning messages for Charlie on the barrel of his collar.