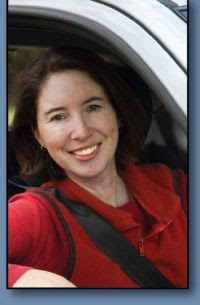 I went to the most amazing talk about Asperger's Syndrome tonight! Megan Hammond suffered at the hands of school bullies and well meaning people who thought she was a) retarded, b) possessed by the devil, c) brain damaged when in fact, she was an intelligent girl with a social disorder who remained undiagnosed until the age of 26. Despite her family's determined attempts to discover what exactly it was their daughter struggled with, Megan remained an anomaly for her entire childhood and well into her adult life. Then, finally, an answer was provided and so much became clear!

I have known Megs since she was 4. At the time she was just learning to speak and was clearly frustrated by her attempts to communicate with others. Megs has always been a loving and gentle person, and I was very proud of her tonight as she spoke to mums and dads and interested parties who struggle to understand how a child with Asperger's sees the world. As Megs says, it's like being thrown out of a plane and landng in a foreign country, where you don't know the language or customs. Megs bravely shared her life story tonight and it was professional, moving and funny. With honesty and charming humour, Megan gave us all an invaluable insight that was quite humbling. But above all she showed just what a person with Asperger's can achieve with support, love and determination.
Megan's book is available from New Holland publishers.