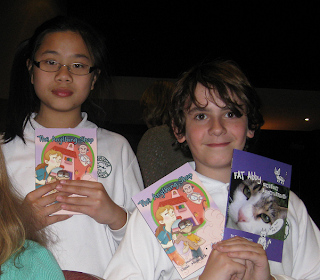 Wow! Again I enjoyed Bookfeast, 5th year in a row. Organiser, Michael Fraser is a genius. As is my habit, I invite the students at my table to write a story and win copies of my books. This year, the theme was 'Useless Superpowers.' And they had so much fun writing them! The winner was Zack, and runner-up, Renee, but all the stories were marvellous. Beginnings are VERY important to telling a good story, so here are some of them. 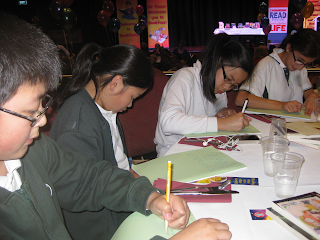 "It all started on that day of school, which should be fairly boring, but in this case it was fairly interesting... It was during maths class that the meteorite came..."

Labels: authors and kids get together, bookfeast, kids writing successfully, learning to write, love of books