There are some things which are sacred to me, and one of them is Enid Blyton's books, particularly Famous Five series. I wasn't good at sport. I wasn't interested in girly things. I loved being outdoors but I dearly loved reading above all else.

Missing the point!
Unfortunately there are people in this world who persist in denigrating Blyton's work, focussing on the contextual issues, such as her use of the term 'golliwogs' and other racist references along with the sexist attitudes. But being focussed on the PC issues of books begun in 1942 is pointless, because Enid Blyton was a woman of her time. These characters reflect kids of their time. Doesn't mean they are perfect or right in every way. The PC brigade can't go back and fix everything they don't like. I am Anglo-Celtic and this was my culture, for better or worse. Doesn't mean that Julian, Anne, George and Dick didn't fight for what they thought was right in their world. And that's what's important to me.
The characters
These books are inhabited by characters whom I found entertaining, inspiring, and real to my experience as a child growing up in the 1970's. Timmy - what a dog! I loved him and his relationship with George as her best friend. OK, so Anne was a bit whiney and annoying sometimes. So was my sister, so what the hey. In her defence, Anne was often genuinely afraid, as are lots of kids, but she was also loyal, brave in her own way when it counted, organised, sensitive to others and so on.

When George blundered in, Anne stood back and observed, picking up on things George missed. George was a tomboy, like me. She wasn't scared of anything. I lived through her. Julian was a born leader, but he had his moments where he could be quite pompous, however he took his job a eldest seriously. He felt the burden of leadership, the responsibility of keeping them all safe. And sometimes that makes you less likeable. Dick was always Robin to Julian's Batman, but that's how it is in families. Dick had his moments to shine too. We all find our own niche. And the Famous Five were like siblings to me. 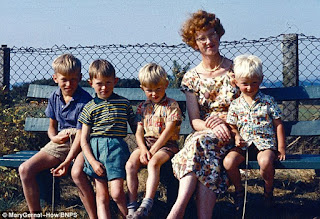 The inspiration for the illustrations of these characters came from the four children belonging to Blyton's illustrator, Mary Gernat.
read here

So, what did I learn from Famous Five?

Famous Five taught me a lot - mostly not to be afraid of hurling myself into new experiences, having faith in myself, and for a child who moved around a lot, (11 schools in 12 years, 3 different countries) this was a life changing lesson that has stood in good stead throughout my adult life too: 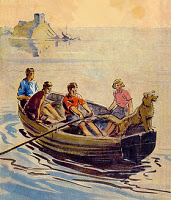 Through the lens of now
If you're going to look at these stories through the lens of 2017 of course you will be somewhat disappointed and find things you disagree with. But Blyton never apologised for her strong moral lessons in these books. Nor should she. The alternative in 2017 is that your kids get their values from TV, movies of dubious moral message, sexually explicit and violent video games, and don't get me started on the perils of social media.... None of that is contained. It's too open slather and kids can end up wandering down some very dark paths if you're not there to supervise. Click bait traps are deliberately set for them on the net. Is this what you want for your kids?

The war
There is no doubt to me that most kids nowdays have little concept of what living during war time is actually like. In WWII Britain was under constant threat of invasion, besieged, with little food getting through, rations of everything and constant bombing. As a nation they had to pull together, make-do, use ingenuity, keep their young children safe, and above all, sacrifice their young men and women to the cause. This is why the film adaptations of Famous Five have been so popular and redone so many times. Its a snapshot into that time and how it affected people, and the following generations. 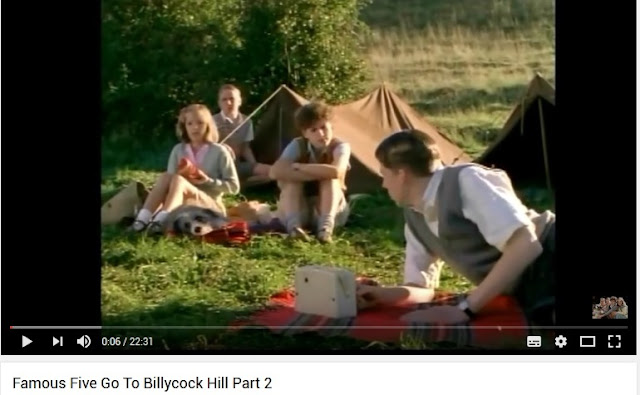 Morality tales or just fun?
So HANDS OFF Famous Five! Let them be a moral beacon or just an entertaining series of childhood adventures. They are simple stories kids love, even today. Adults reading them may struggle to grasp the appeal, but that's because it's a kids' world. That was Blyton's genius - to understand what kids wanted to read about.

And what are the values therein?

Be loyal. Be brave. Be assertive. Be kind. And above all - enjoy lashings of good food!